Turbo Dismount is a full version multiplatform game (also available for Mac), that is part of the category PC games.More about Turbo DismountThis game is available for users with the operating system Windows XP and former versions, and it is available in English. Its current version is 2016 and it has been updated on 1/04/2017. The details about the install size of Turbo Dismount are currently not available. It`s a game very heavily used in countries such as Romania, United States, and Italy.Since the game was added to our catalog in 2016, it has reached 122 downloads, and last week it gained 15 downloads.
​ 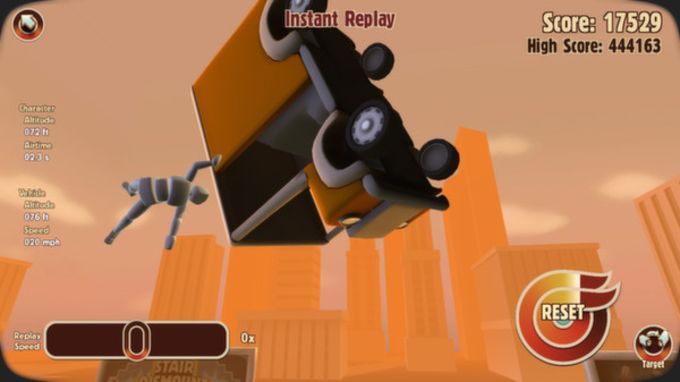