Despite the fact that the Pocket Monsters Battle app has the Pokémon graphic on its app, and the fact it says Pokémon on it, doesn’t make it a Pokémon game. Pocket Monsters Battle is a free game that is deeply inspired by the previous versions of the Pokémon game, but has nothing to do with Pokémon or the Pokémon Go game. The pocket monsters are not Pokémon, they are Dynomon, which is what this game calls its pocket monsters, which are the creatures you have to capture and battle with. Deeply Inspired by Pokémon Games The term “Pocket Monsters” was actually coined just before the creation of Pokémon and was actually what people used to call Pokémon before the Pokémon name became popular. The principle of Pocket Monsters Battle is the same as the older Pokémon games. You are a character in the game that has to explore the game world to find creatures. You capture the creatures and then use them to fight with other creatures. You are a trainer, and you train up your monsters for battle. You cannot battle with other people online, only with the computer-controlled players in the game. The aim is to collect all of the pocket creatures and fill up your card panel. You can train your creatures while you have them. You can see their training progress via a bar under their image on your team page. What people like and what they do not One of the biggest complaints about the game, besides the fact it is eerily similar to Pokémon, is that the game is too short. Many of its players would prefer more levels and more monsters. The game feels a little unfinished, and it needs more places to visit and things to do. There are too few Dynomons to collect, which means older players will probably complete the game within an hour. The game is fun, despite the fact it is supported by intrusive adverts, it is simple to learn and easy to complete. However, this is both a blessing and a curse. It is not so difficult that you will have a hard time completing it, but you may find that it has little replay value. There are dozens of different trainers nestled in the game for you to battle with. The game is not CPU (Central Processing Unit) heavy because it has cartoon graphics that are easy to render. The characters are very broadly drawn and the fighting mechanisms are similar to a comic book style. The environment, especially during fights, are not very well drawn and are fairly bland. To sum up If you are a parent and you do not want your child to dive straight into Pokémon, then try your younger child on this game. The game is good for anybody from the age of 6yrs up until the age of 10yrs. After that point, the child may experience so much peer pressure that he or she wants a real Pokémon game. If you are an older player, or you have already played previous versions of Pokémon, then you may find this game a little lacking, as it does not have the depth or variety that Pokémon games have.

Pros:
"Ideally suited for very young children"
"Very easy to learn"
" but different from Pokémon"
"Free to play"
"Inspired by"

Cons:
"Too few places and creatures to collect"
"No online multiplayer and cannot play your friends"
"Too many adverts on the game"
​ 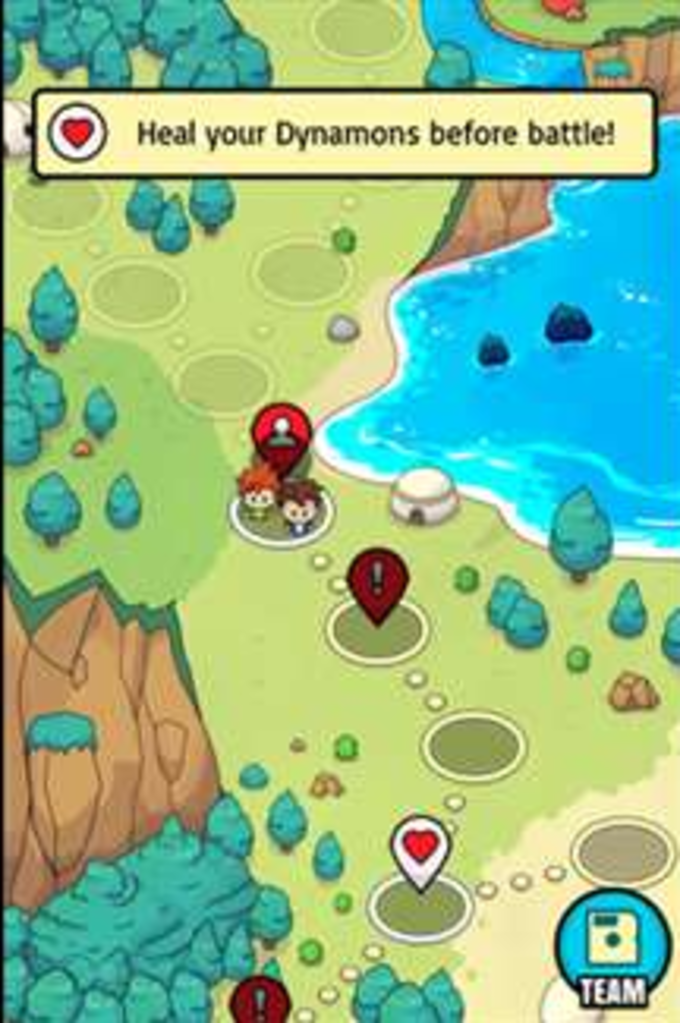