Fistful of Frags is a free multiplayer shooter based in the Old West. It is a stand-alone version of the Source combat series that can be simply downloaded and played. Using the Source engine the game has upgraded combat mechanics that produce a unique shootout experience with a classic Old West feel. The gameplay is a first-person shooter in the traditions of Quake and the Half-Life series but with a totally new dynamic.Playing the GameFistful of Frags follows the traditions of other first-person shooters: players negotiate a map whilst defending themselves against other players. However it is the fighting and weapons systems that make the game stand out. The weapons system has double dynamic crosshairs and the option to flip weapons allowing a fluid fighting style based on weapon capability. In addition weapons can be thrown at opponents and hand-to-hand hand combat can be used at close range. There are also a number of different multiplayer modes including Deathmatch Capture the Flag and Team Elimination to make this a very replayable game and the customisable period weapons are realistic.SummaryFistful of Frags has developed upon similar games in the Source series and the weapons system really makes this game. All weapons have different capabilities and this makes weapon selection and deployment as much a part of the game as the gameplay itself.

Pros:
"Easy to get into"
"Straight forward tutorial"
​ 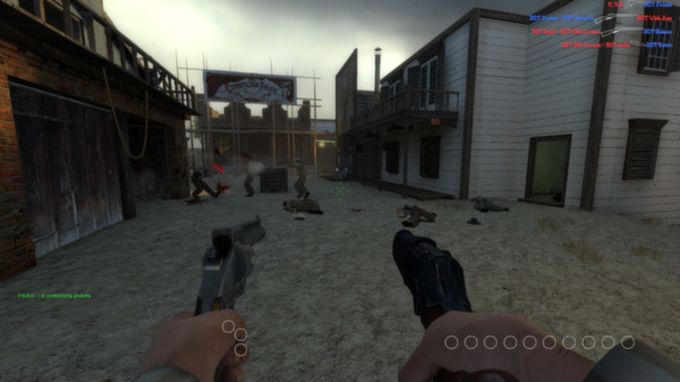 More in -Fistful of Frags

More by Fistful of Frags Team