Flap Flap is a clone of the Flappy Bird game that went viral and then got withdrawn on iOS. Exactly the same gameplay as Flappy Bird Flap Flap follows exactly the same format as Flappy Bird - just click your mouse, hit your Touchpad or hit Space to keep the bird up in the air and guide him through the columns that stand in his way. The look and feel of the game is very similar to Flappy Bird, as is the difficulty, although the developer has added an Easy Mode to make it a bit more playable. Very simple to play but very hard If you`ve played Flappy Bird, then you`ve got a head start but if you haven`t, you`ll find Flap Flap extremely hard to play. Like Flappy Bird, it`s quite addictive but it doesn`t quite have the same grip as the original. It`s infuriating to keep hitting the columns time and time again and the timing of your taps is essential to have a clean run. Close to Flappy Bird but not quite as good Flap Flap is a very close imitation of Flappy Bird but it`s not quite as good.

Cons:
"Not as addictive as Flappy Bird"
​ 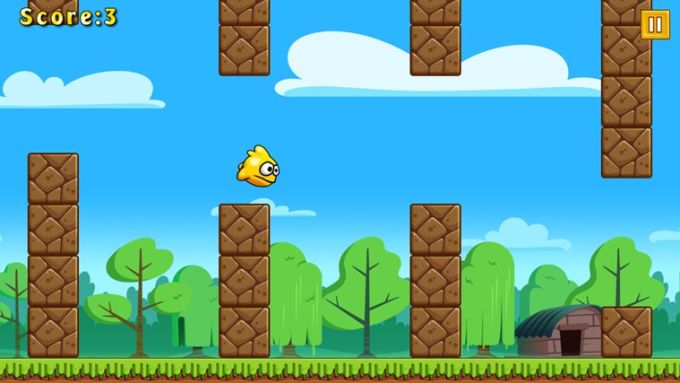